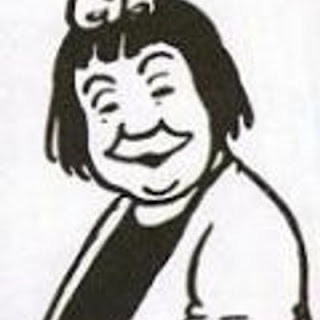 I’m lounging on the couch, nose buried deep in a book, reaching for yet another chocolate Hobnob when the phone rings. I snatch at it scattering crumbs. ‘Hello. Allan Watson speaking. Writer in Residence at your service.’ I’m the habit of using this snappy salutation in case a big publisher ever calls. However, even I know big publishers don’t normally mask their voice by holding a cloth over the mouthpiece.

‘Shut up and listen, you slag,’ rasps the voice. ‘We’ve got the dirt on you and no mistake.’

‘Never mind who this is. We know all about you and Daphne Broon.’

‘Daphne Broon? You mean the frumpy and unattractive cartoon character from the Sunday Post?’

‘That’s the one. We have incriminating photographic evidence of your seedy hotel room romp. You’ve been caught in a Honeytrap. If you don’t want your wife and family to see these pictures, you’ll do exactly what we say.’

I’m totally confused at this point. ‘But Daphne Broon isn’t even real.’

The voice laughs down the phone. ‘The camera never lies. Check your email.’

I grab my iPad and find an email from an unknown sender. There’s a very graphic illustration of me and Daphne naked and romping on a bed. The caricature of me is actually sort of flattering. I say to my tormentor, ‘That’s just a stupid drawing. I’m hanging up.’

‘We know about the hamster.’ 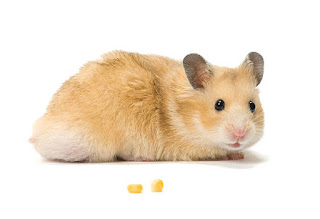 My own voice is now a dry croak. ‘You can’t possibly know about…’

The voice sneers in a cruel fashion. ‘Nibbles? Your daughter’s beloved hamster that you electrocuted?’

‘That was an accident,’ I wail.

‘So you say, but who’ll believe you?’

Outside my window the off-key chimes of an ice-cream van warble through the air allowing me to flashback into the past.

Fifteen years ago my daughter did indeed own a hamster called Nibbles. Over the course of a weekend two events occurred that at the time I’d no idea were connected. The first was Nibbles escaping and going AWOL. The second was me attempting to make toast and having trouble with the ignition switch on the gas cooker. Took me at least half a dozen tries before it finally clicked and fired up the grill.

After a full week Nibbles still hadn’t resurfaced and there was a distinct odour of decaying rodent hovering in the kitchen. The smell was strongest beside the cooker and I thought Nibbles might have expired beneath the floorboards. I hauled the cooker out, removed the boards where the pipes came up and stuck my head under. No Nibbles. And not even a whiff of dead hamster. Getting to my feet my nose came under assault yet again and I realised Nibbles was inside the cooker.

Half an hour later I’d dismantled the appliance and there, bloated and rank on a nexus of wiring directly above the ignition switch was the dead hamster. Only then did I remember hitting that ignition switch time after time, unaware I was zapping Nibbles with 240v with each deadly jab of my finger. Yes, I finally got my breakfast, but at the expense of a beloved family pet whose own status was now, erm… toast.

The ice cream van backfires and drives off and I’m once again back in the present. I thought I would take the tale of Nibble’s tragic demise to my own grave, but somehow this stranger on the phone had unearthed my dark secret. I could be ruined if this went public.

‘What do you want?’ I ask the mysterious caller. ‘Money? I’m a poor writer. Ever since I lost my paper round things have been a bit tight financially.’

The caller laughs again. ‘What I want you to do is turn up at the Albert Halls in Stirling on Saturday 22nd at 14:45 p.m.’

‘You’ve been chosen as a Crime in the Spotlight new writer for Bloody Scotland and will have three minutes to sell your book Heart Swarm and do a short reading before Chris Brookmyer takes the stage. After the event you get to sign books while sitting on a very small chair. Got that?’

The caller sounds very angry. ‘What do you mean you’d love to? Why didn’t you say so in the first place and not have me waste my precious time threatening you?’

‘But… but…’ I try to explain, but the caller has already hung up. I sit there a while longer feeling shell-shocked. Me appearing at the Albert Halls as Brookmyre’s warm-up act? Things were definitely looking up. I decide to have another cup of tea and a chocolate Hobnob. I call out, ‘Daphne! Get in here.’

Daphne Broon wearing only a silk negligee appears in the kitchen doorway demurely holding a tray with tea and biscuits. She strikes an alluring pose, the bare flesh of her legs like pale suet puddings in the soft late-afternoon light.

‘So what’s all this about you being a Honeytrap?’ I say.
Posted by Allan Watson at 09:40