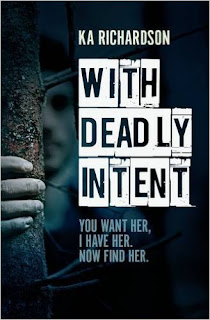 KA Richardson lives in North East England and her first novel – WITH DEADLY INTENT – is published by Caffeine Nights on the 14th April. The prequel to this novel, a short story titled – ESCAPE - is currently available for download from Amazon Kindle. She enjoys a good cop show but due to first-hand knowledge as a CSI, will shout at the TV when they get it wrong, and occasionally turn the show off and head off to her office in a strop to kill people off - in her writing obviously. Or so she says…

McQuade: Today I’m in Darlington attending a grisly murder scene with Crime Scene Investigator turned author, KA Richardson. She’s made me wear one of those stupid white Durex suits in case I contaminate the crime scene. Just caught a glimpse of myself in a mirror and I look like a pallid Smurf. Not only that, but it’s very humid inside these suits and I can already feel my feet sloshing around. Then again, perhaps my catheter has become dislodged. It does happen from time to time. Anyway to put you all in the picture it seems the infamous Darlington axe murderer ‘Chopper Charlie’ has struck again and there are body parts strewn all over the room. Damn, I’ve just tripped over what might be half a buttock.
Richardson, put those intestines down for a moment and let’s start by asking what attracted you to working as a CSI. Was it the allure of making a solid contribution to society by providing hard evidence to convict evil criminals, or was it simply getting to hang around crime scenes with proper police officers without all the fuss and bother of the never-ending paperwork and chasing felons through back gardens?

Richardson:  Well Strachan, the truth is I kind of fell into it. I mean literally – face-planted onto a dead body. Just kidding – I missed the body – face just hit the floor. Next to the body. Haha. I had always wanted to be a cop but when it came down to it, my knee wasn’t up for all the chasing perps so I had to find another means of working for the police – I like to get my hands dirty though – definitely not one for sitting on my haunches. So it seemed logical that I could pursue forensics – speaking of which, you might wanna move your hand off the bench – your gloves are soaking up the blood….

McQuade: Whoops, sorry about that. And I think I may have sat on something squelchy too. I’ll let you know once I stand up. Now, you currently have a short story called ‘Escape’ available for purchase at a reasonable price which I’m told is a prequel to your forthcoming novel ‘With Deadly Intent’. Actually the latter reminds of a camping holiday in Ullapool I once spent with Dudley Moore. That of course would have been ‘With Dudley In Tent’. Why is no-one laughing? What a miserable bunch you CSIs are. Anyway, while I lighten the atmosphere by drawing a smiley face in this pool of congealed blood, please enlighten me as to the details of your books, both short and long. 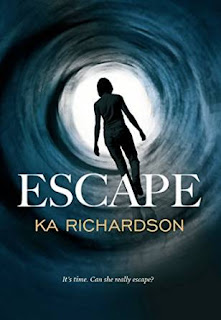 Richardson: You are indeed correct my friend – Escape is a prequel to With Deadly Intent – it’s set about 8 years before the novel and features the main character, Cass Hunt, who at the time of Escape is a completely different person – she’s stuck in a domestic violence fuelled relationship and is pregnant – the story is about whether she escapes the situation. With Deadly Intent is set some years later with Cass as a Crime Scene Manager who is investigating a series of murders alongside the Detective Chief Inspector, Alex McKay. The killer is pretty horrendous – he likes to kill in different ways and goes out of his way to put on a fabulous show. Kinda reminds me of this one actually – has Chopper Charlie found an advanced copy of my novel?

McQuade: You better hope not. He might be one of those crazy Amazon reviewers who like to publicly flay you in print before coming to your home and planting an axe in your head. Anyway I look forward to writing a bawdy limerick or two about your main character Cass Hunt. By Jove! It really is hot inside these suits. Thankfully someone has left a damp sponge on the table to mop my brow with. Aaaargh! Sorry, just realised it’s a brain. What a stupid place to leave something like that. And mind what you’re doing with those tweezers, Richardson. You’ll have someone’s eye out if you’re not careful. 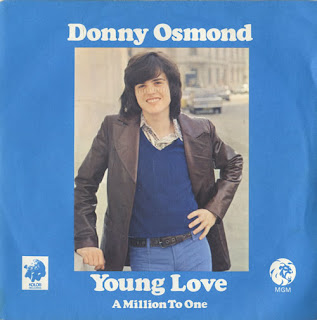 Anyway, tell me this, what got you into writing? Were you one those young girls who meticulously kept a secret diary and made up fatuous tripe like getting married to Donnie Osmond or one of the Bay City Rollers? I myself kept a ledger where I logged all the statistics for my local shinty team. Things such as which players sported moustaches and preferred a cup of Bovril as opposed to a healthy sliced orange at half time. I also logged which supporters brought their sheepdogs with them to the match. Yes, I suppose I was a strange child.

Richardson: I wouldn’t say strange Strachan – sounds like logical thinking to me! Writing was just something I always did – as a nipper I used to make up stories and staple the sides together to give to my favourite teacher at school – she kept them until she passed away from what I understand. I did used to keep a secret diary though – ahhhh Billy Warlock – my first true love. But of course the contents were secret – I couldn’t possibly tell you any more….. I did write some poetry when I was younger too, got published in an anthology don’t you know. Then later, once I was working as a CSI, I saw a psychic who gave me a virtual kick up the butt and asked me why I hadn’t been writing as he could see me signing in Waterstones – so I went back to Uni to get my Masters in Creative Writing, got told I couldn’t write for toffee by a certain lecturer, and stuck a virtual finger up at that by finishing my first novel. And getting a publishing contract. So ner ner ner Mr Lecturer – thanks for the push.

McQuade: Funnily enough I’ve been told more than a few times that I should stick to knitting and a few publishing houses have taken out an injunction to stop me sending them my work ever again. Hang on. This Mr Lecturer? I do hope you’re using that as a generic literary term and it’s not his actual name. We could get libelled for that sort of defamation. Just saying.
Yuck. Excuse me while I wipe this pungent DNA from my foot. Those intestines must have been leaking. This carpet is ruined anyway so I imagine no-one will mind. Now, I’m always interested in what sort of wacky stuff writers get up to under the guise of ‘Research’. Obviously your day job takes care of the yucky detail, but what other avenues of sheer nosiness do you embark upon to flesh out your stories? Do you ever ask your friends to supply you with pubic hairs to practice on or find yourself procuring fingerprints from wine glasses after hosting a Tupperware party? I myself never conduct research. If I don’t know something I simply make it up.

Richardson: This murder scene is just a favour to keep my skills up – I actually work taking 999 calls now – CSI is a great job and I love it but so hard to get back into once you’ve been redeployed! Government cuts man – the country’s gone to pot! As to research – or should that be ‘research’ – I am so nosy you wouldn’t believe. I will see people in the street and all of a sudden they become the basis for a character. It might be the clothes they’re wearing, or something they say. Naturally I have bugs planted all over the north east so I can monitor without being intrusive. My friends would undoubtedly provide pubic hairs if I asked, (Editor – you probably mean Eileen Wharton) however I’ve recovered plenty in my time so think I’ve got that one covered! As to the wine glasses – curved surfaces can prove difficult to recover prints from but hey, I do love a challenge! Naturally I make some stuff up – I reckon I’d be in trouble if I used real crime scenes in my writing wouldn’t I!

McQuade: I’m reckon you’ll be in hot water for even appearing at this fictional crime scene. I was always being censured by the Head Minister for the content of our parish magazine. In hindsight the Elders’ Wives full colour pull-out was probably a mistake. Anyway back to the serious stuff.
When younger I attended a book signing in Woolworths given by JRR Tolkien, who cheekily signed my copy of ‘The Hobbit’ – To that hideous wee goblin, Strachan McSquid. Who said Tolkien had no sense of humour? Have you ever found yourself nervously waiting in line to have a book signed? And if so, who was the author?

Richardson: I personally haven’t waited in a queue for someone to sign – other than the queue for the lovely Eileen Wharton’s books anyway – but I did once enlist my hubbie’s best mate to wait in a queue to get a book signed for my hubby – the author was the lovely Sir Bobby Robson – my hubby was absolutely over the moon.

McQuade: Better than as sick as a parrot I suppose. Well thank you for your time and trouble, Richardson. Hang about - just spotted what might be the murder weapon sticking out from under the settee. Look at this, a blood-spattered axe. No, don’t bother coming over for it, I’ll chuck across the room to you. It’s very slippery so I’ll be extra careful. THUNK. Ooops. By Jove, that must have hurt. Um… I’ll just go call for medical help. And don’t try removing the axe from your head, Richardson, it’ll only bleed more.

KA Richardson on Twitter can be found at
@karichardson77 or @kerryann77